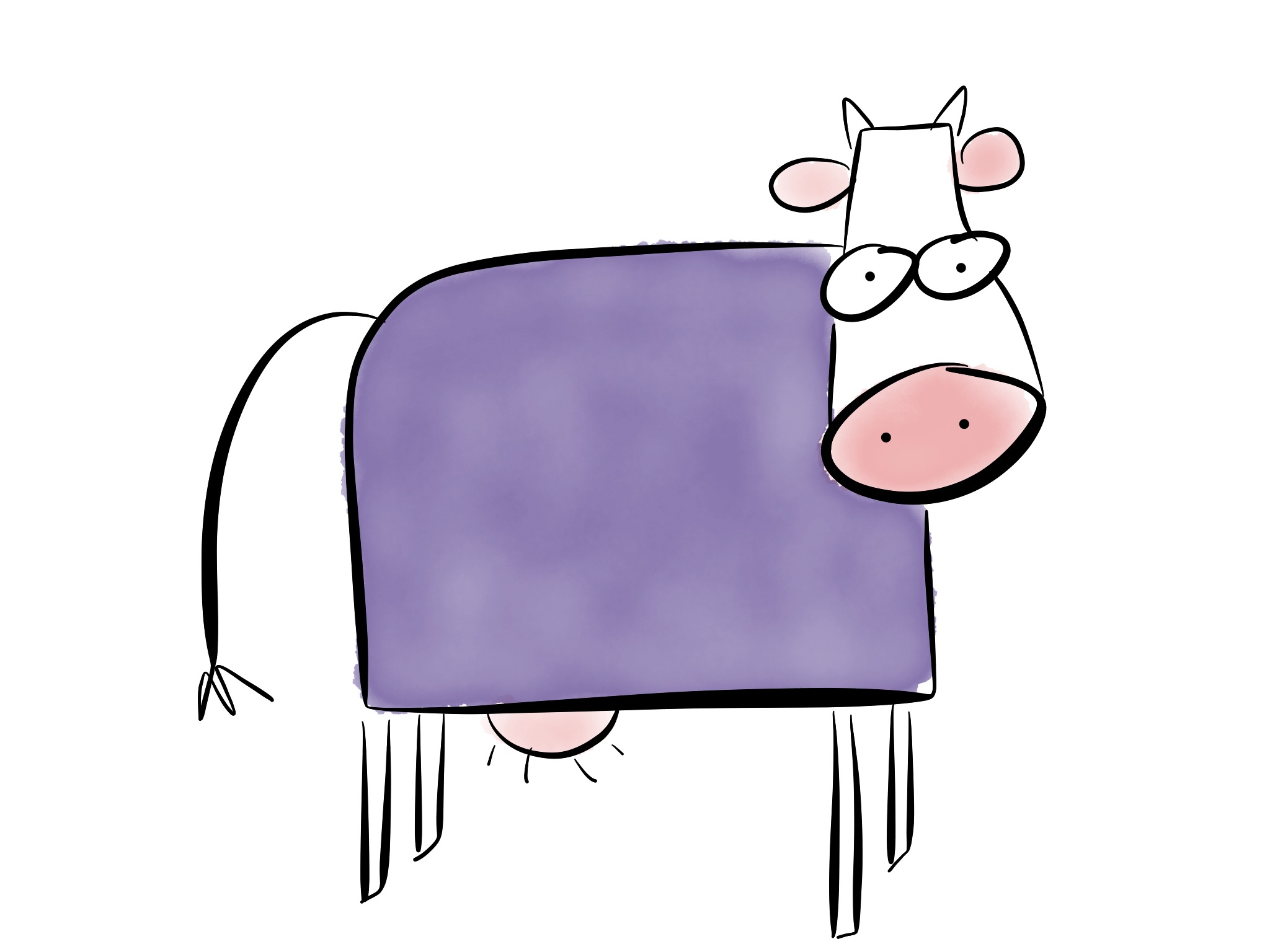 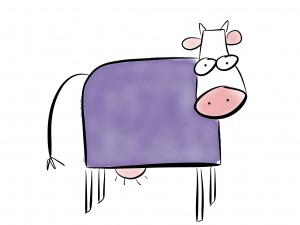 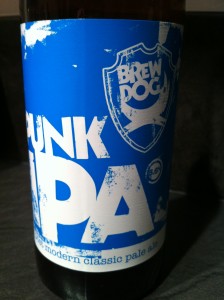 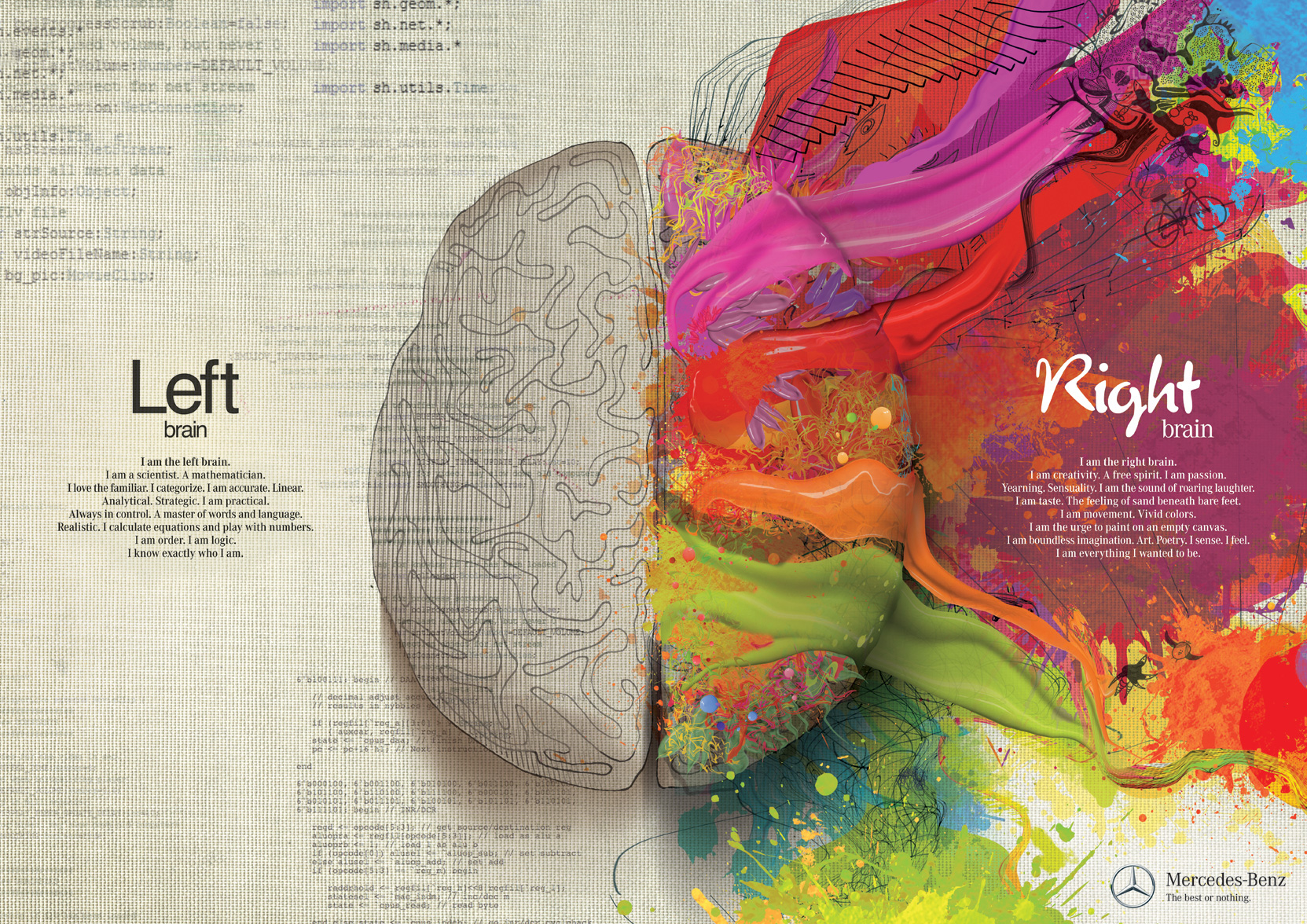 Creative and creativity are loaded and misused terms.  If you had asked me six months ago what they meant I would have quoted Alice from Dilbert:

I’ve come a long way in my understanding since then. However, the science is still immature and a number of questions remain incompletely answered: Who has it? Can it be developed? How can organisations use it to innovate and compete? And what exactly does it mean? END_OF_DOCUMENT_TOKEN_TO_BE_REPLACED 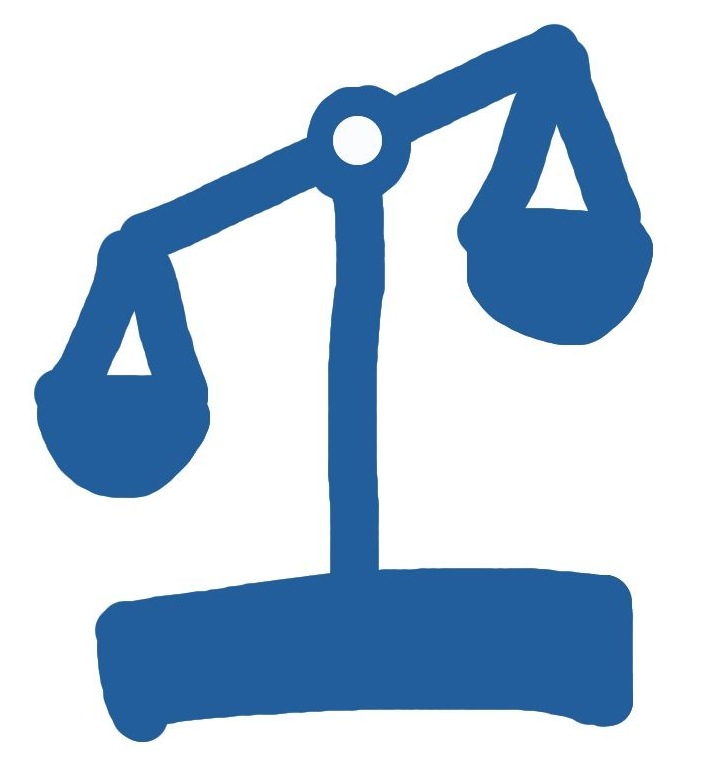 Like most people, I like to think of myself as fairly rational. I’m not biased. Am I? 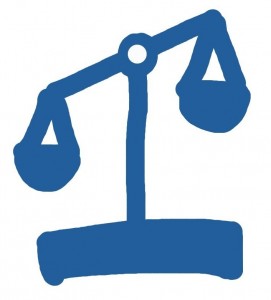 It turns out that there are lots of ways in which my thinking habits introduce bias into my decisions and judgements.  And yours.  I’m fascinated by these cognitive (aka thinking) biases and I’ve been keeping notes since discovering the concept on the Henley MBA. It’s both amazing and scary how they can distort our thinking.

Fortunately, I’ve found that learning about cognitive biases can help me recognise the common traps and so make better decisions.  In his book, A Whole New Mind, Dan Pink refers to this as equipoise: the ability to have the serenity to read the biases and failures in your own mind.

END_OF_DOCUMENT_TOKEN_TO_BE_REPLACED 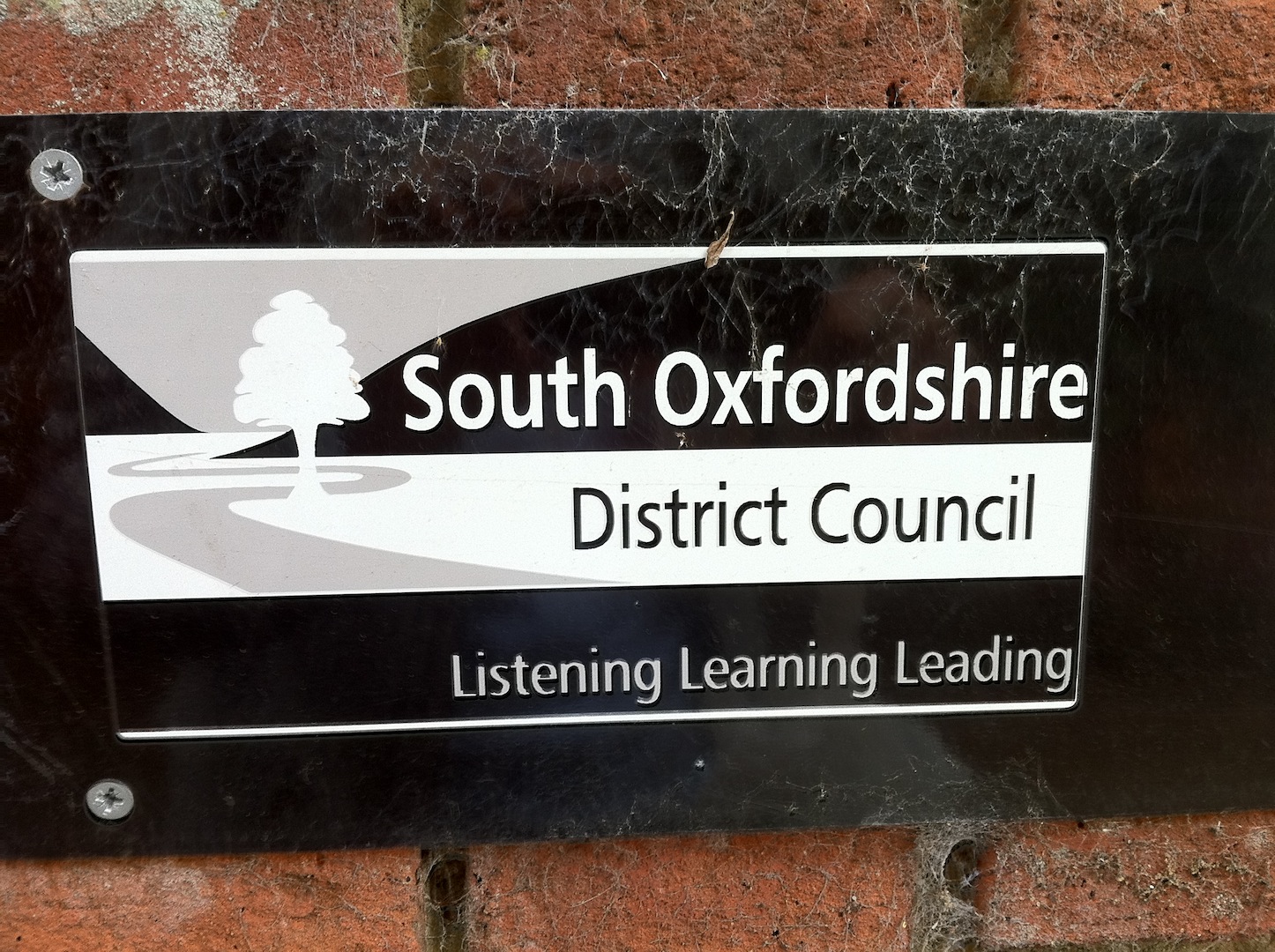 I don’t normally pay much attention to straplines. There’s often too much flannel for my liking. But this council sign near home caught my eye:

END_OF_DOCUMENT_TOKEN_TO_BE_REPLACED

Our China visit in May challenged my ideas about what innovation really is.

In China I learnt that innovation can be softer: an idea, a process, a business model. A variation rather than a big bang.

A Chinese company we visited with a Groupon business model even went so far as to to say that moving from one deal a day to multi-deals was an innovation for them.

This got me thinking. Who really innovates? I scurried back to my Henley MBA study guide on strategic innovation.

So does Apple innovate? Is adding a touch-screen to an iPod innovation? What about if you then stick a smart phone inside? Or double the size and remove the phone?

Apple didn’t invent the components, these came from it’s suppliers. In fact, 26% of the component cost of the iPhone4 is supplied by Samsung (Economist graphic).

What Apple have done is take these individual inventions and configure them cleverly to realise value. $347 billion of value (Economist).  Invention + realisation of value = innovation.

The value creation machine doesn’t care what we call this. Evolution or revolution. Step change or incremental. We can get hung up on inventing game changers when applying an existing invention to a new context or business model would generate ample value.

I like this. As manufacturing is commoditized and IP rights difficult to defend the search for value must surely shift towards combining ideas / inventions / products / process in new ways.

I see an analogy with music; there are no new notes left to be invented but there are plenty of beautiful new unique combinations of notes still to come.

Tonight the streets are filled with love.

These are the first words I heard from the radio alarm on Tuesday morning. Those seven simple words filled me with awe.

I had never heard of Crown Prince Haakon. I have no idea what sort of man he is. But his words spoke to me deeply.

The streets weren’t filled with anger or hatred. Not vengeance. Not negativity.

What a colossal reframe of the situation! What a powerful perspective. What a bold statement to make.

We look to leaders in times of crisis to help us make sense of a situation. To provide guidance and reassurance. Leaders simplify things.

I was taken by Crown Prince Haakon’s reframe because it said so much in so few words. It also chimes well with the Jim Collins school of thought that the best leaders encapsulate humility and a quiet but steely determination, which resonates with me.

Oslo Mayor Fabian Stang said, “We will punish the guilty. The punishment will be more generosity, more tolerance, more democracy,”

Wow. What amazing courage and resolve.

Tonight the streets are filled with love

I have seen dozens definitions of leadership over the last fortnight but those seven words say it all. 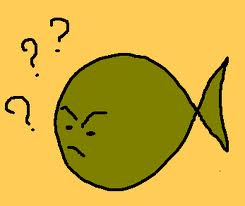 I don’t understand. I’ve scrunched up my eyes and I’m even scratching my head. It just doesn’t make sense…

I have a shiny-new academic label for this feeling now, “cognitive dissonance“. An uncomfortable feeling caused by holding conflicting ideas simultaneously.

I’ve been trying out a reframe of this uncomfortableness. What if, instead of confusion being a negative experience, it is a positive signal? A signal that an opportunity to learn has just arrived.

I’ll need to be quick to grasp the opportunity. What question can I ask to get to the core of the confusion? A sincere and humble question that is free from bias and judgement. Think quickly.

This works for me. Maybe because I treat it like a game and it appeals to my sense of curiosity.

Can I train myself to the point where my response to confusion isn’t discomfort? It will be fun finding out 🙂 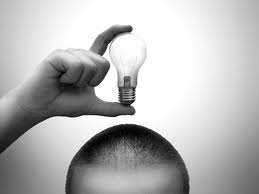 Isn’t it great when a casual conversation leads to a new discovery?

Maybe it’s a new viewpoint, a nugget of information, an idea, or a story that really rings true.

One of the great things about the Henley MBA is the experience of the cohort. The average age of 36 means plenty of stories, lessons learned, and maturity of perspectives.

I learnt about Conway’s Law last night. It states that, “…organizations which design systems … are constrained to produce designs which are copies of the communication structures of these organizations”. Wikipedia article

No rocket science here. However, until last night, and despite my ten years’ experience in systems change, I didn’t have the vocabulary to fully express this principle and it’s implications for design. It was more of a feeling or an intuition. Now there is some science behind this feeling. Thanks Steffen.

I believe that being open to new ideas and perspectives is a virtuous circle, where the openness drives the opportunity to discover or be introduced to other new ideas, which spark further ideas and questions and so on.

It’s easy to dismiss something new prematurely by reacting to our emotions. Philip Cox-Hynd encouraged us yesterday to live in the question, understand it, explore it, and be comfortable in it. I like that. I’m sure it will make me better at listening, learning, and making new discoveries. 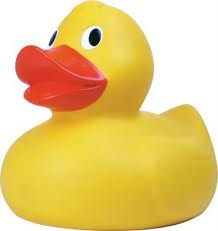 Do you have a rubber duck?  You should have..

When I was a graduate trainee in IT a kindly wise owl contractor recommended a book called The Pragmatic Programmer. It’s a superb and very accessible book that helped me make sense of my learning journey at the time.

The authors suggested a technique, coined by Greg Pugh, called rubber ducking, “Place a rubber duck on your monitor and describe your problems to it. There’s something magical about stating your problems aloud that makes the solution more clear.”

“Not so great for open plan offices” you say? My boss suggested that talking to inanimate objects in public wasn’t a great advert for my sanity and offered to be my rubber duck. I would explain a problem that I was having and she would look at me and nod. Rarely would she actually have to say anything and I would, without fail, interrupt myself before finishing the explanation having worked out the solution. Magic!

At the start of the MBA, we were encouraged to keep a personal learning journal to record and make sense of our experiences. A sort of paper rubber duck. I’ve been slack and only done this roughly once a month so far.

Henley’s excellent personal development workshops always re-ignite the desire and recognition of the importance of reflection but my self-discipline has been lacking. I’m determined to make and embed changes before my time at Henley is over so am resorting to an old friend, the public promise, to keep me on track:  I will add a minimum of one blog post a week for the next 12 months.

I hope you don’t mind being my rubber ducks. I’d be very grateful if you could nod gently from time to time but sitting there quietly is fine too. 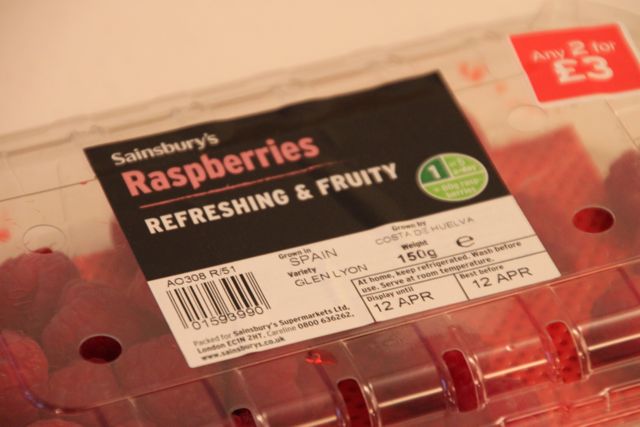 I noticed recently that Sainsbury’s describe their raspberries as “refreshing & fruity”.  Fruity fruit! Really?!  Since when?

A few possibilities ran through my head when I first saw this:  END_OF_DOCUMENT_TOKEN_TO_BE_REPLACED